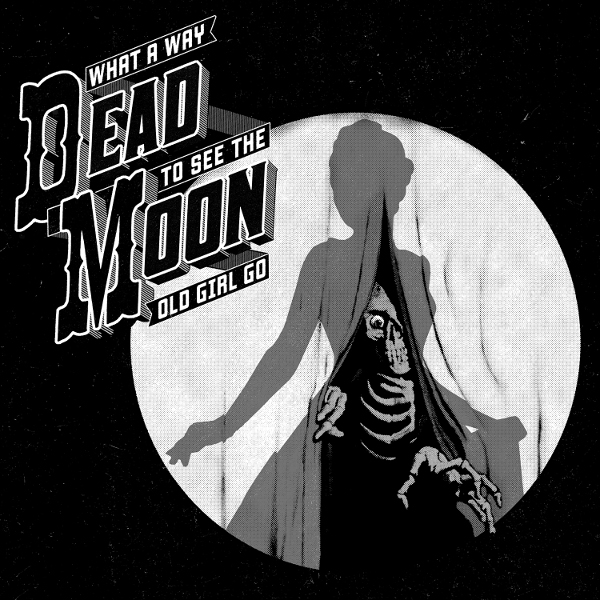 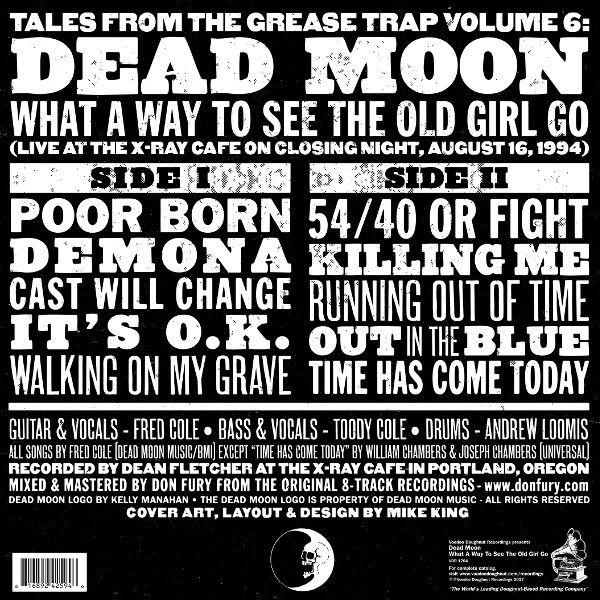 Tales from the Grease Trap Vol. 6: Dead Moon, What A Way To See The Old Girl Go

On Volume 6 of “Tales from the Grease Trap,” Voodoo Doughnut Recordings’ series of live archival releases from early ’90s Portland, Oregon, garage punk heroes, Dead Moon close down a legendary all-ages club. The night is August 16, 1994. A few songs into an already cathartic set, marked by the themes of an ending epoch and an inevitable changing-of-the-guards, Toody Cole remarks to the crowd, “What a way to see the old girl go!” The old girl is both the venue–the widely venerated, black velvet painting-decorated X-Ray Cafe–and the community it created, which helped spawn the careers of venerated Portland acts such as Quasi, The Dandy Warhols and Elliot Smith.

In 1994, though, the year they released their seminal album Crack in the System, Dead Moon were without peers in the local music scene. With husband-and-wife team Fred and Toody Cole on guitar and bass, respectively, and Andrew Loomis on drums, Dead Moon blended punk, garage rock and country into something new, raw, real and utterly their own. Here they are in the cauldron of creation, bidding a righteous farewell while ripping through new songs that would grow into anthems in the two decades of Dead Moon that followed.